The longtime Collinsville resident said she likes to know that things from the past have stories behind them. And one way for her to connect with those stories is to surround herself with the things.

Hines has been collecting antiques for most of her 78 years. The culmination of that collection is a new Downtown Collinsville business, Antiques and Accents by Vadna.

"The thing that is so special about old things is they tell our story," said Hines. "I especially love things you can tell people used, like a well-worn potato masher. When you look at these things, you can see the strength, the creativity people had to have to keep moving forward."

Hines has a background in sales. The wife, mother, grandmother and great-grandmother was a Mary Kay Cosmetics senior sales director for several years before retiring. Hines has been a Collinsville Garden Club member since its formation 50 years ago.

"It's something I've wanted to do since I was young," said Hines. "Hunting for the right pieces to include into the inventory was fun.”

Many other items, such as the fine porcelain from Prussia, were gleaned from friends who have collected antiques and decorative items over the years.

At Antiques and Accents by Vadna, a visitor can find things like Limoges platters and Royal Doulton mugs. But the eclectic inventory doesn't just include fine collectibles. The store also has unique items such as an early American tobacco basket.

"If you're an antique collector, there are things here," said Hines. "But if you need a piece for a presence — a unique piece can just wake up a décor — that's available also."

There's even a bit of Collinsville history. The store counter is from the old Schreiber Grocery Store that was on East Clay Street and dates back to 1895.

"Most people don't realize you can find a lot of beautiful antiques that are reasonably priced," Hines said.

But it's discovering and sharing treasures that has become Hines' latest passion. She said trying to figure out what an early American zinc-lined wooden box was used for or how a cheese ditch was operated is what makes her happy.

"The thing that I love and that is totally fun is when you find something and you have no idea what it is or what it was used for," Hines said. 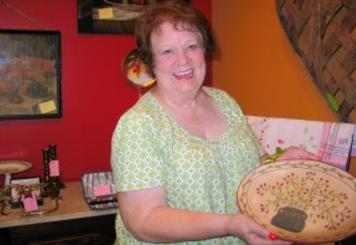 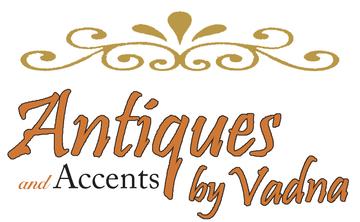 A Lifelong Love Turns Into a